arc Quinn's art often returns to blood as a medium. “Self 1991”, perhaps his breakthrough artwork, turned his own bodily fluids into a self-portrait. He's also no stranger to statement pieces of public art, after featuring a statue of the dysmelic artist Alison Lapper atop the fourth plinth in Trafalgar Square. Now he's taking blood into the public sphere to explore one of the great issues of our time: refugees and immigration.

"Our Blood", a transparent pavilion that will travel the world, will feature two freezer blocks. "Inside those are two red cubes, one metre x one metre x one metre, and those cubes are made of frozen human blood,” Quinn explained to GQ last year. “One is donated by refugees who have been resettled in other countries – we’re not talking about people in refugee camps – who are just beginning the next stage of assimilating, and the next one is by people who don't see themselves as refugees.”

With "Our Blood" premiering in New York later this year, Marc Quinn sat down with GQ's Editor in Chief Dylan Jones to talk about his career at the inaugural GQ Heroes summit.

"Our Blood came from a sense of outrage," said Quinn. "In 2012, I was seeing all these images of the Syrian refugee crisis and people coming across on boats, and thinking this is a really important – maybe defining – issue of our day and I want to make an artwork about it." 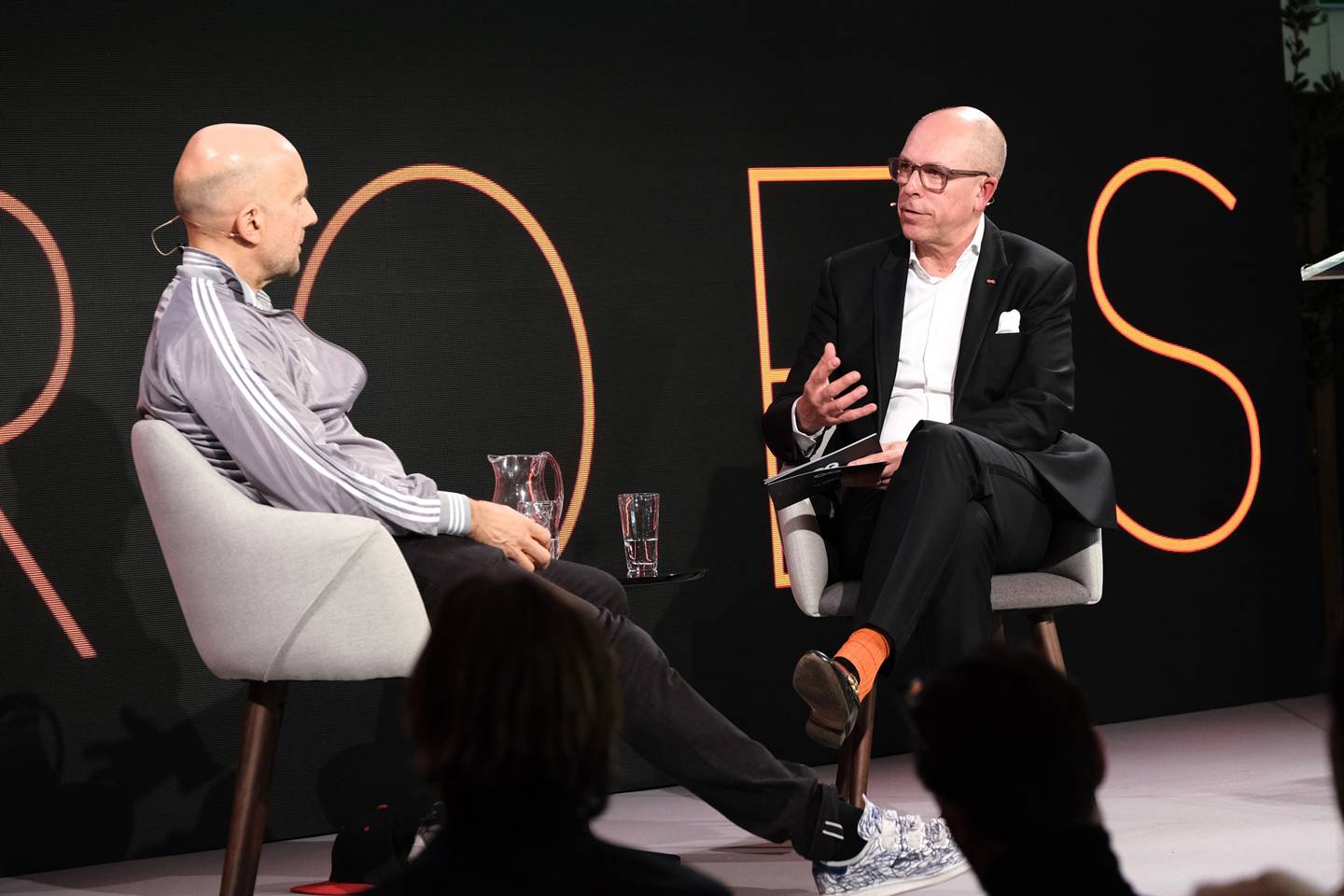 "I think that art's the cultural memory of the world," he said, while explaining how the two cubes of blood signify how everybody is the same. "There's an amazing responsibility as an artist to somehow remember the times you live in and make something that lasts forever in the cultural imagination of the world."

"I want to achieve awareness and debate [with this project]," Quinn went on to explain. "It's about giving people a platform to tell their stories, to interact with people who are othered by society, and to see that the similarities are more important than the differences."